Let’s cross our fingers she makes an appearance in the reboot!

When it comes to television, I have a bit of a contrarian streak in me. I think Dawn was an excellent addition to the Buffy-verse. I think Michael from Jane the Virgin is a garbage human. I think Logan was Rory Gilmore’s best love interest. And perhaps most importantly, I think Jodi Lerner, not Tina Kennard, was Bette Porter’s soul mate. Given that the writers of “The L Word” were going for the written-in-the-stars angle with the show’s central couple, it’s apparent Jodi Lerner was never meant to be more than a temporary love interest tossed in as a plot device to shake up drama in Bette and Tina-land (as if they needed more drama). She may have been a side character, but Jodi was independent, witty, and accomplished. She was an all-around fascinating character sorely under-examined during her brief stint on the show. While the writers tossed her aside the moment they reunited their favorite pair, I will defend her forever as one of the better parts of “The L Word” universe.

And, given Bette’s my favorite “The L Word” heroine by far, I am 100 percent Team Jodi. I would like to make the case that Bette and Jodi, not Bette and Tina, should have been End Game.

Bette Porter is a powerhouse in the art world with a taste for all things urbane and obscure (and an impressive art collection to match). Art can be pretty complicated, and the average person just doesn’t have the right background to evaluate paintings, sculptures, and performance art on Bette’s level. It’s just too niche. What made seeing Bette with Jodi Lerner so exciting was that she was with an actual artist, someone who had a genuine understanding for her passion. Did they like all the same things? Absolutely not. But they could go toe-to-toe in debates about artistic merit.

Tina, on the other hand, was not quite so adept at this skill. She works in film, sticking to fairly popular media. I’m not trying to denigrate the status of blockbuster movies as an art in their own right. It’s not that it’s less than, but it’s very, very different. It’s pretty clear that difference causes tension between Bette and Tina. Remember when Bette was briefly being considered for a high-profile position at the Whitney? The fact that Tina immediately became irate at the vague suggestion they move to New York shows just how little she understands her partner’s work.

I’ve always been averse to Billy Joel’s “Just The Way You Are.” Almost any relationship counselor will tell you the healthiest relationships are the ones where you change to try to make a situation easier. This doesn’t mean giving up an inherent part of yourself, but rather finding a partner who makes you a better person. Bette went through an extraordinary amount of character development during her relationship with Jodi Lerner, letting go of a lot of her controlling tendencies and becoming more spontaneous. When things were on the rocks between the pair, Bette even made the very un-Bette maneuver of stealing a sign from a junkyard to win Jodi back. And Jodi held Bette to the promise things would be different. Remember when Bette tried to weasel her way out of that weeklong retreat with Jodi’s friends? Jodi made her go, prompting even Tina to say, “Good for you.”

Bette and Tina’s relationship was not marked by change. In fact, almost all their breakups came down to the same basic problem – one of them wasn’t happy, wondered if they’d made the right choice in a partner, and started having thoughts about someone else. While we saw bits and pieces of the pair in couples counseling, they almost always disregarded the sound advice of poor Dr. Foxworthy and basically continued to do whatever they wanted, consequences be damned. If you’re not willing to make any kind of sacrifices for someone, how much do you really love them?

One of Bette’s fatal flaws as a character was her pride. Sure, Bette’s snobbery is always something that’s made me crush on her. After all, it reflects her impressive academic chops. However, even an avid Bette defender like myself admits the woman can be a bit too set in her ways. Jodi Lerner challenged Bette, intellectually and emotionally. Her art was more rough around the edges and experimental than Bette’s tastes—oftentimes downright controversial—and she forced Bette to reexamine her preconceived notions about what art can be. Bette even once admitted that Jodi intimidated her, prompting Jodi to give a pretty badass speech about how it’s important to live life doing the things that scare you. Sure, Tina put her foot down with Bette on occasion, but she definitely never got under Bette’s skin quite the way Jodi did.

4. Monogamy Could Have Been Negotiable With Jodi 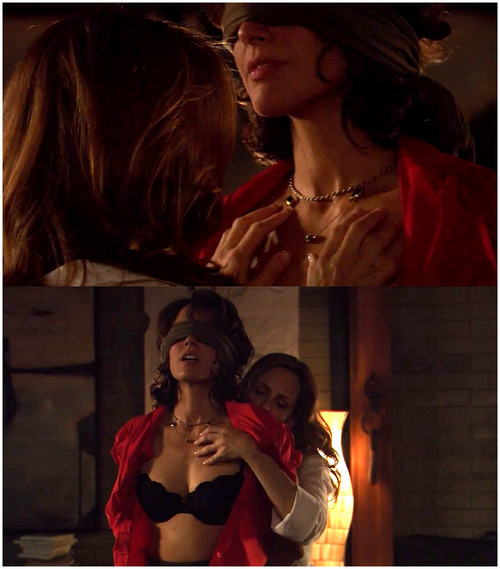 When we met Jodi, she didn’t do monogamy. Bette claimed that was her preferred relationship model, but was it? As Alice once dramatically noted while the women gathered around a campfire, Bette’s a cheater. She’s cheated on every single partner she had. I’m not justifying infidelity; it’s a major betrayal of trust, and one that no one deserves. But if Bette struggles so much to be faithful, maybe she’s just not wired that way. Tina’s made it clear monogamy is her jam, but I could see Bette happy in an open relationship. Maybe, if Bette had embraced this side of herself, her relationship with Jodi could have survived.

5. Sorry, But Jodi Was Just A More Interesting Character

What were the writers even doing with Tina? Tina never had much going for her. She started off as Bette’s moralizing and somewhat personality-less partner and ended as, well, Bette’s moralizing and somewhat personality-less partner. She veered back and forth between worshipping Bette when things were good and despising Bette when things were bad. Her brief relationship with a male partner in season three was intriguing, but Tina never really examined the parallels between her romance with Henry and Bette’s affair with Candace. Once she went back to dating women, and eventually back to dating Bette, Tina simply went back to positioning herself in a kind of undeserved place of moral authority in the relationship.

Jodi, on the other hand, was a highly successful visual artist with controversial opinions on the boundaries of freedom of speech. Plus, being Deaf, she was a minority in a minority. I would’ve loved to see these aspects of her character explored even more. After the inevitable but nevertheless infuriating Bette and Tina reunion, Jodi peaced out of “The L Word” altogether. Let’s just cross our fingers she at least makes an appearance in the reboot!